Walla Walla County, Washington: View from monument hill at Whitman Mission National Historic Site. The mill pond and apple orchard border the Mission site which holds the foundations of four original Mission buildings. Initially founded as a monument by the National Park Service in 1936, the site tells the story of the events that took place from the establishment of the first Christian mission in the Pacific Northwest by the Whitman family in 1836 until Oregon became an official territory of the United States in 1848. Whitman Mission was the site of the 1847 massacre that began the Cayuse War and helped facilitate the organization of the region into a U.S. territory. 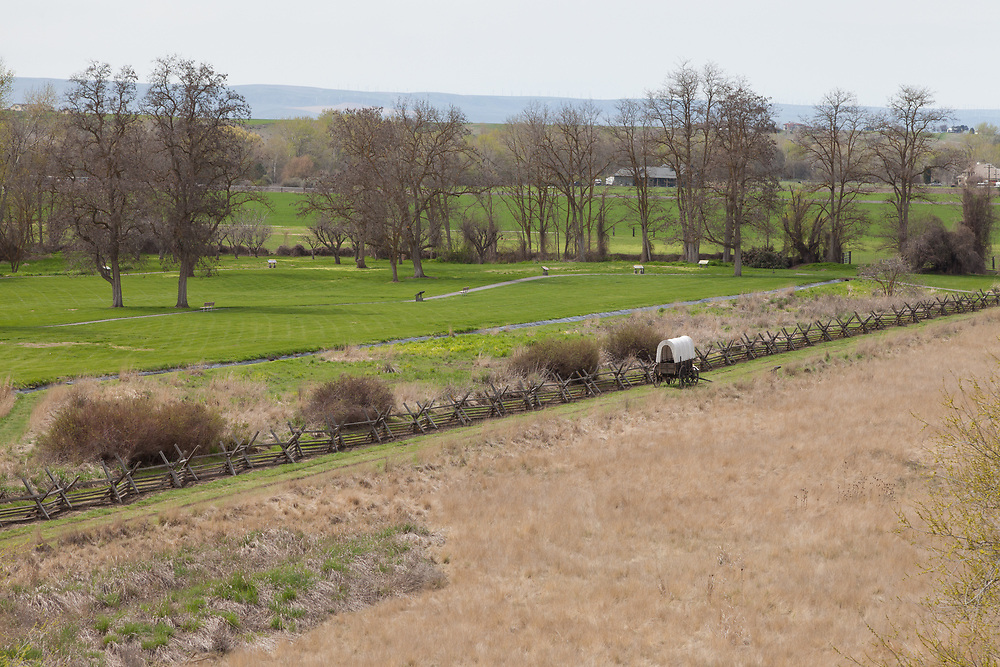