Albuquerque, New Mexico: Sign for the Aztec Motel along Central Avenue in Nob Hill. Originally built as the Aztec Auto Court, it was the first motel constructed on East Central Avenue which became historic Route 66. The motel was constructed in 1933 in the Southwest Vernacular style and listed in the National Register of Historic Places in 1993. Although, it received cost-share grant funds from the National Park Service Route 66 Corridor Preservation Program to restore the neon sign in 1993, the motel was razed in June of 2011 due to its deteriorating condition and high maintenance costs. The motel's iconic sign and porch were preserved and is currently the location of a bus stop. 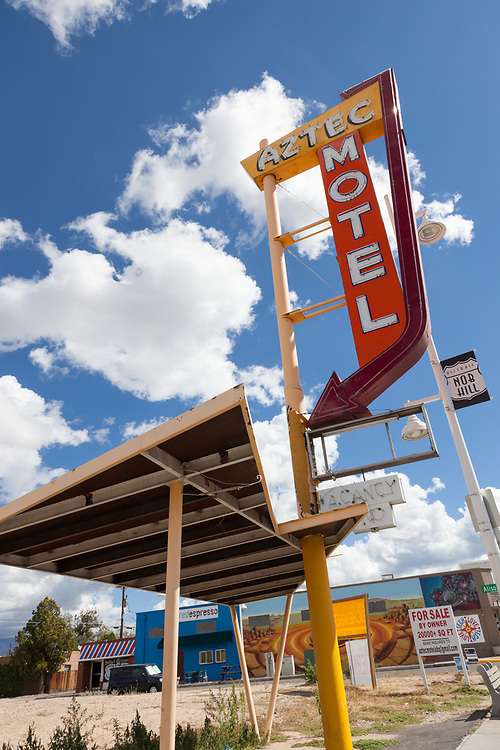