A team of rangers, employees and volunteers prepare to move a tranquilized mountain goat at Hurricane Ridge in Olympic National Park, Washington on July 9, 2019. Today is the second day of a two-week long capture and translocation process moving mountain goats from Olympic National Park to the northern Cascade Mountains. The effort is a collaboration between the National Park Service, the Washington Department of Fish & Wildlife and the USDA Forest Service to re-establish depleted populations of mountain goats in the Northern Cascades while also removing non-native goats from the Olympic Mountains. The animals were introduced to the Olympics in the 1920s where they quickly colonized the range. Area tribes in the Olympics and Cascades have also lent their support to the translocation. 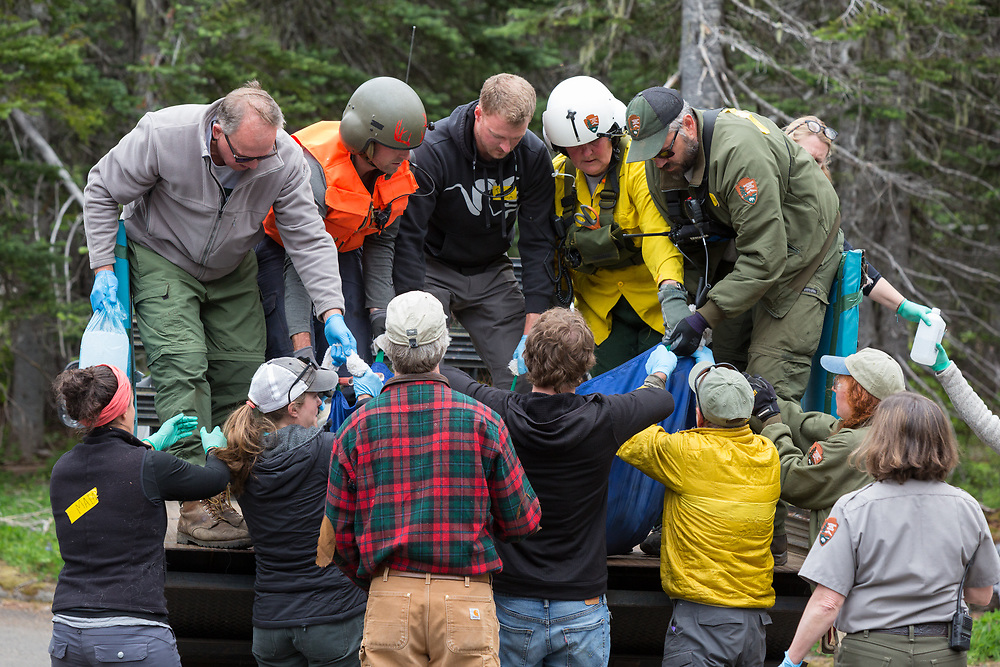