Portland, Oregon: A young woman brings flowers to the shrine to the fallen heroes of the fatal stabbing on a MAX Light Rail train on May 26, 2017. A man fatally stabbed two people and injured a third, after he was confronted for shouting anti-Muslim racial slurs at two teenage girls at the Hollywood/NE 42nd Ave Transit Center. Hundreds of bouquets of flowers and messages of hope have been left for the victims in the week since the attack. 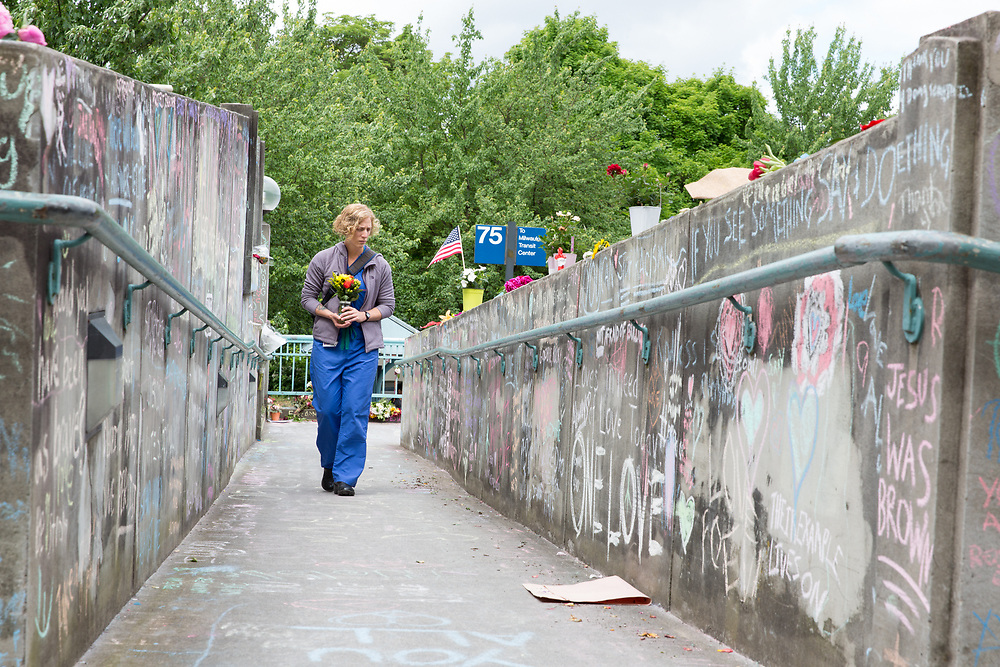