Seattle, Washington: Norma Baum, right, and a volunteer work on the mask of Dolores Huerta at the Womxn's March Art Build at Urban ArtWorks. Ten large strong women puppets are being built for the Womxn's March on Seattle. To be represented are current and historical feminist figures including Dolores Huerta, Rosa Parks and Helen Keller. The march will be held on January 21, 2017 in solidarity with the national Women’s March on Washington D.C. 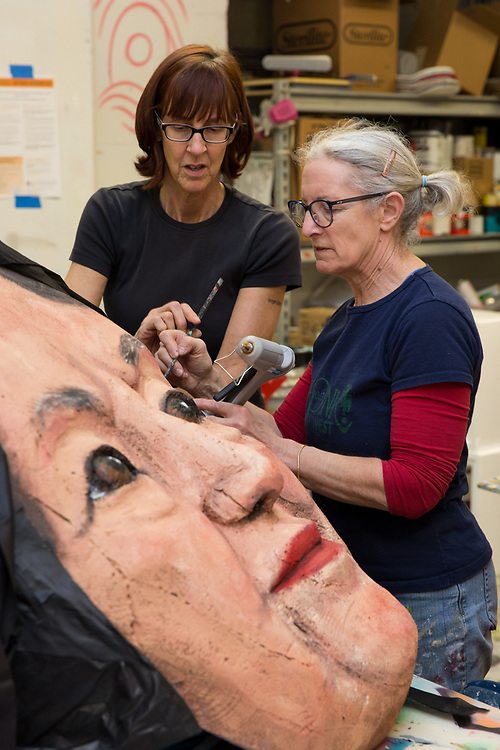