Seattle, Washington: A young visitor relaxes at the Pike Place MarketFront during the final sunset over the Alaskan Way Viaduct. The highway closed permanently at 10pm on January 11 so crews can move State Route 99 from the viaduct to a state-of-the-art tunnel. The 1950’s-era double-decker freeway was severely damaged in the 2001 Nisqually earthquake and has been maintained long beyond its usable life. A two-mile long, bored road tunnel is replacing the Alaskan Way Viaduct, carrying State Route 99 under downtown Seattle from the SODO neighborhood to South Lake Union. During the three-week realignment dubbed Realign99, State Route 99 will be closed in the longest-ever major highway closure the Puget Sound Region. The closure marks the beginning of what officials are referring to as the Period of Maximum Constraint for Seattle as several years-long mega projects including the Convention Center Expansion, Colman Dock and Key Arena renovations continue. 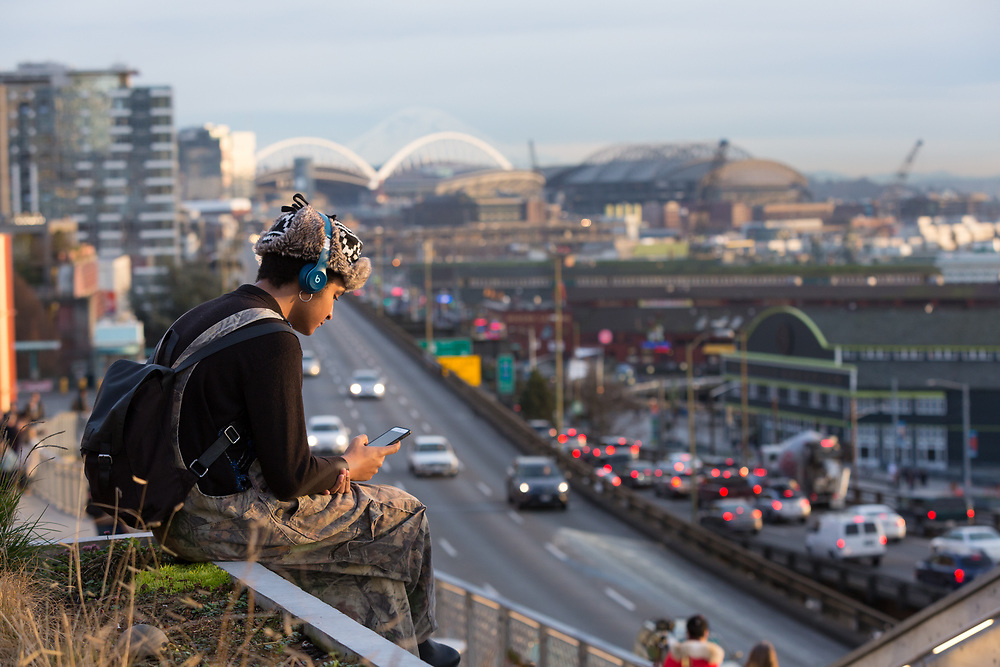