Seattle Washington: Disassembly pit prepared for the arrival of the cutterhead. The Alaskan Way Viaduct Replacement Program’s tunnel-boring machine, nicknamed Bertha, broke through in South Lake Union on April 4, 2017. Originally launched in 2013, the tunnel-boring machine was halted after overheating due to damage to the cutterhead’s drive gears, bearings and seals resulting in a two-year delay. Digging resumed in 2016 after the machine was repaired. The bored road tunnel is replacing the Alaskan Way Viaduct and will carry State Route 99 under downtown Seattle from the SODO neighborhood to South Lake Union. The two mile long waterfront tunnel is scheduled to open in late 2019. 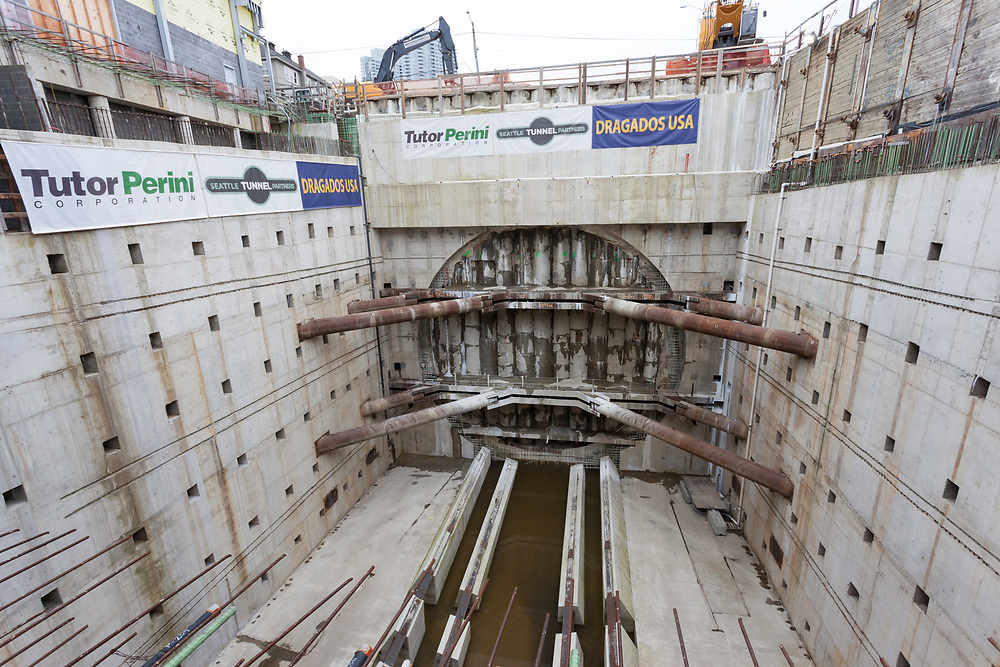