Seattle, Washington: Seattle mayor Ed Murray greets supporters at the rally in Cal Anderson Park. The March for Science Seattle was a non-partisan rally and sister march to the National March for Science and over 600 cities across the world on Earth Day. Thousands marched from Cal Anderson Park in the Capitol Hill neighborhood to Seattle Center to celebrate science and the role it plays in everyday lives as well as to protest the policies of the Trump administration. 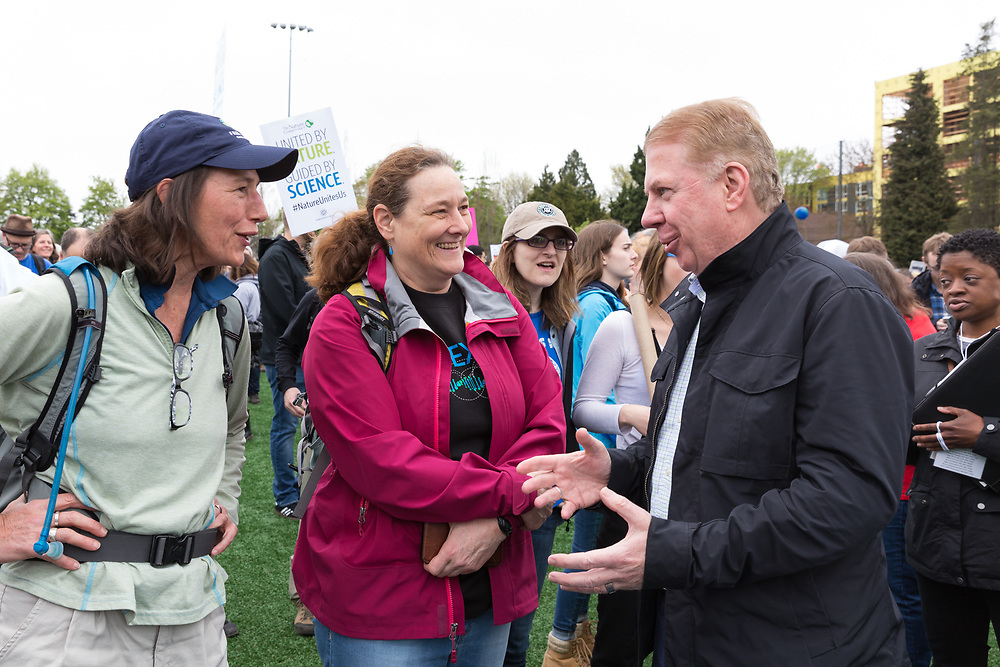