Ruin of the Palace of Mendoza Cortina with palm trees typical of Indiano architecture in Pendueles, Spain. The estate was built as a summer home by Francisco Mendoza Cortina who made his fortune in Mexico before settling in Madrid in the mid 19th century. Wealthy returning emigrants from the Americas were referred to as Indianos who built elaborate homes in the region with their fortunes. The building later served as a hospital during the civil war and has since fallen into disrepair. The picturesque village falls along the Camino del Norte. This less-traveled route of the Camino de Santiago pilgrimage on the Northern coast of Spain starts in Irún, Basque Country and ends in Santiago de Compostela, Galicia. 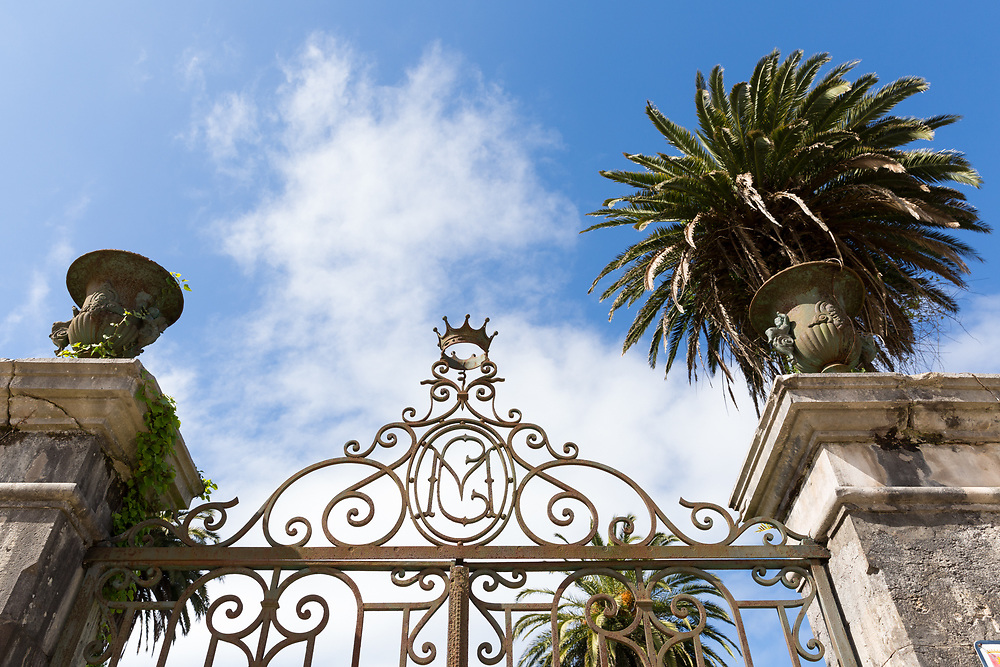